BOOK THREE OF THE READER TRILOGY 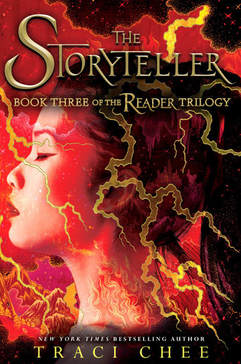 THE STORYTELLER
Book Three of the Reader Trilogy
Putnam/Penguin, November 13, 2018
The thrilling conclusion to the epic adventure that began with New York Times bestselling The Reader, “a series fantasy lovers will want to sink their teeth into.” – Booklist, starred review

Sefia is determined to keep Archer out of the Guard’s clutches and their plans for war between the Five Kingdoms. The Book, the ancient, infinite codex of the past, present and future, tells of a prophecy that will plunge Kelanna in that bloody war, but it requires a boy–Archer–and Sefia will stop at nothing to ensure his safety. The Guard has already stolen her mother, her father, and her Aunt Nin. Sefia would sooner die than let them take anymore from her–especially the boy she loves.

​But escaping the Guard and the Book’s prophecy is no easy task. After all, what is written always comes to pass. As Sefia and Archer watch Kelanna start to crumble to the Guard’s will, they will have to choose between their love and joining a war that just might tear them apart. Full of magic, suspense, and mystery, Traci Chee brings her Sea of Ink and Gold trilogy to a close in this spellbinding final installment.
BOOKSHOP.ORG
Barnes & Noble
Amazon
Indie Bound
​
EXCERPT
GOODREADS
EXTRAS
FOREIGN EDITIONS 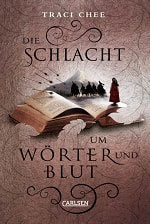 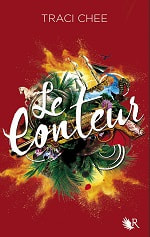 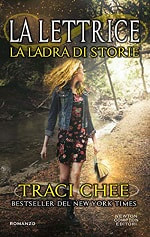 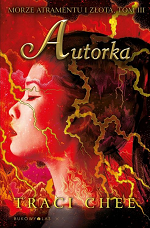 ★“With an assurance that equals her sorcerer protagonist’s, Chee constantly interrogates her central question: “who controls the story.” At one point hers reaches the high-fantasy equivalent of The Monster at the End of This Book (though with significantly more elegance)... Thoroughly immersive, thoroughly satisfying.”
--Kirkus Reviews, starred review

★ “In this richly realized novel, Chee has masterfully converged all of her characters into one final confrontation… as Chee pulls out all the stops to beautifully obliterate her readers’ hearts.” --Booklist, starred review

★ “This is a fast-paced adventure with fully developed characters that explores memory and the power of the written word… [A] beautiful love story at its core.”--School Library Journal, starred review ​