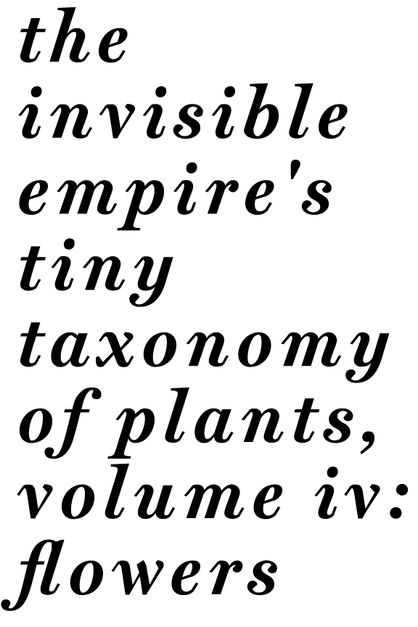 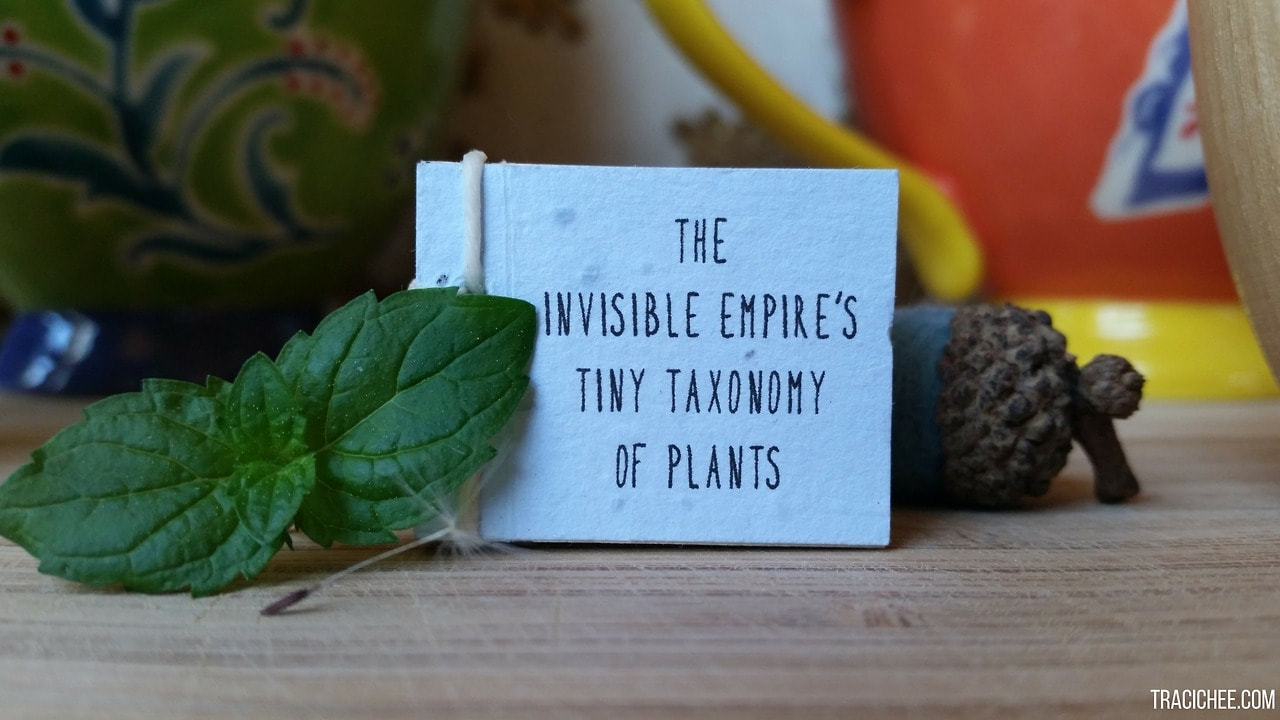 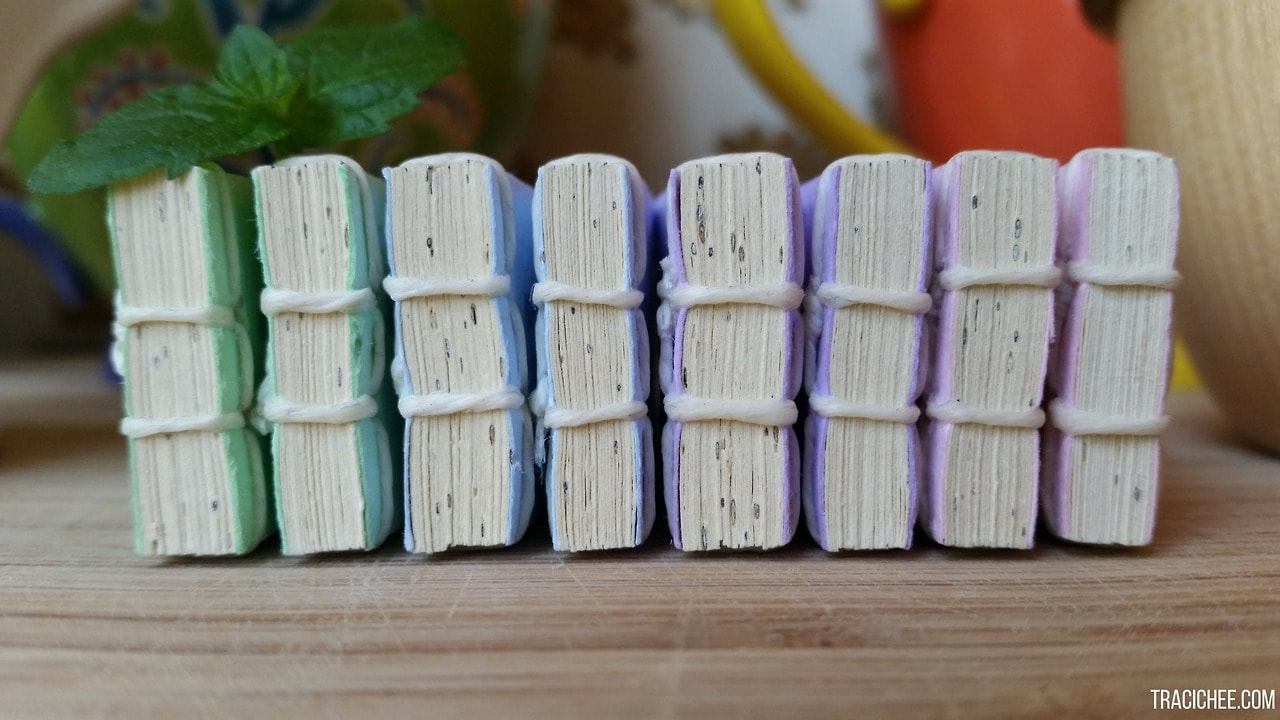 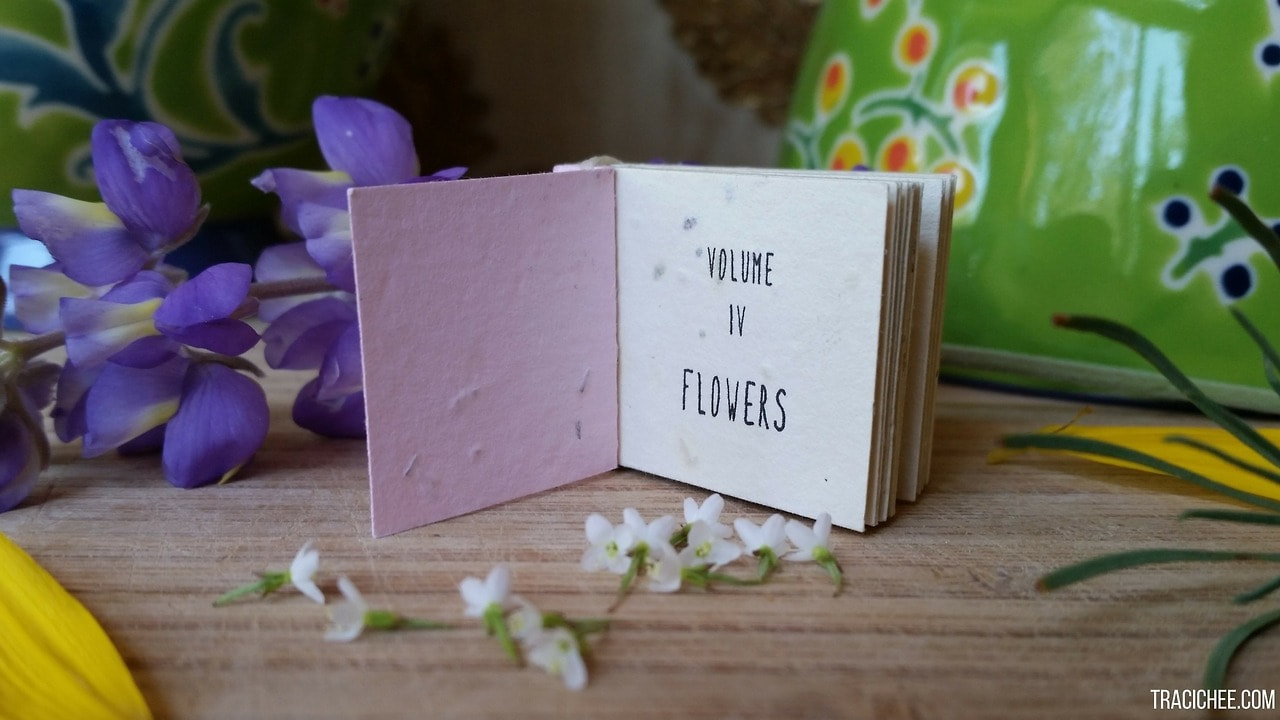 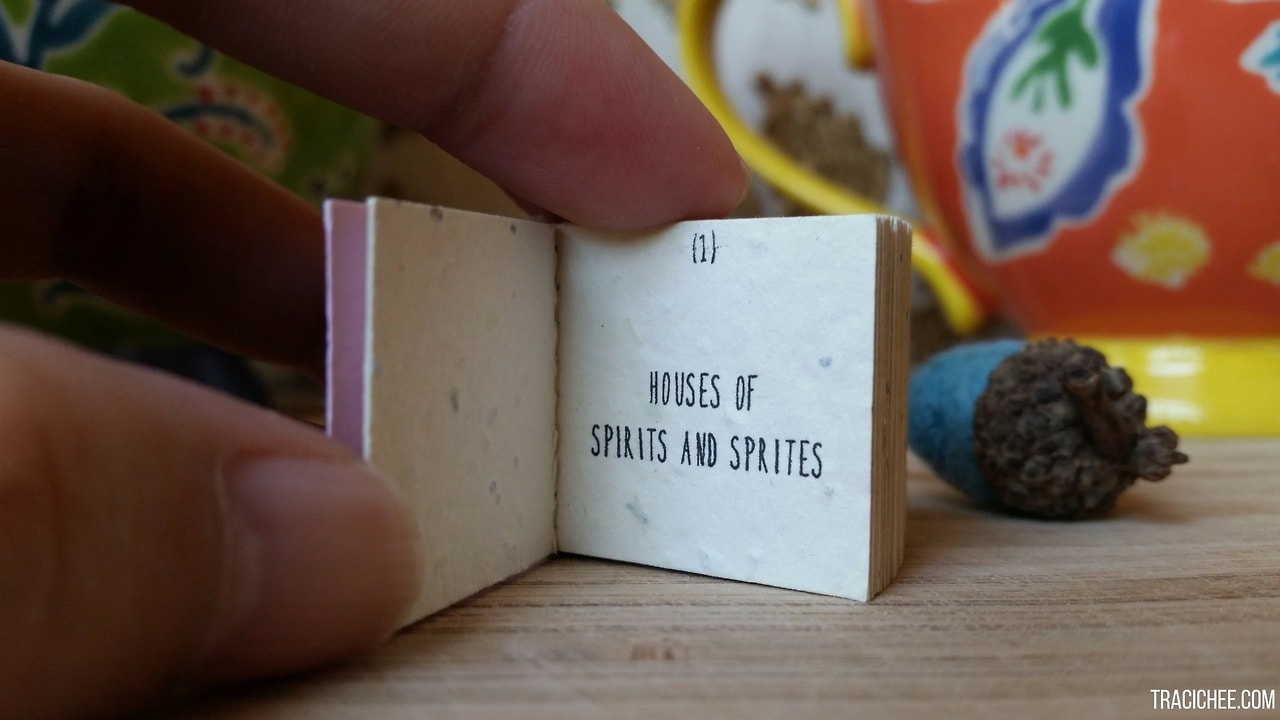 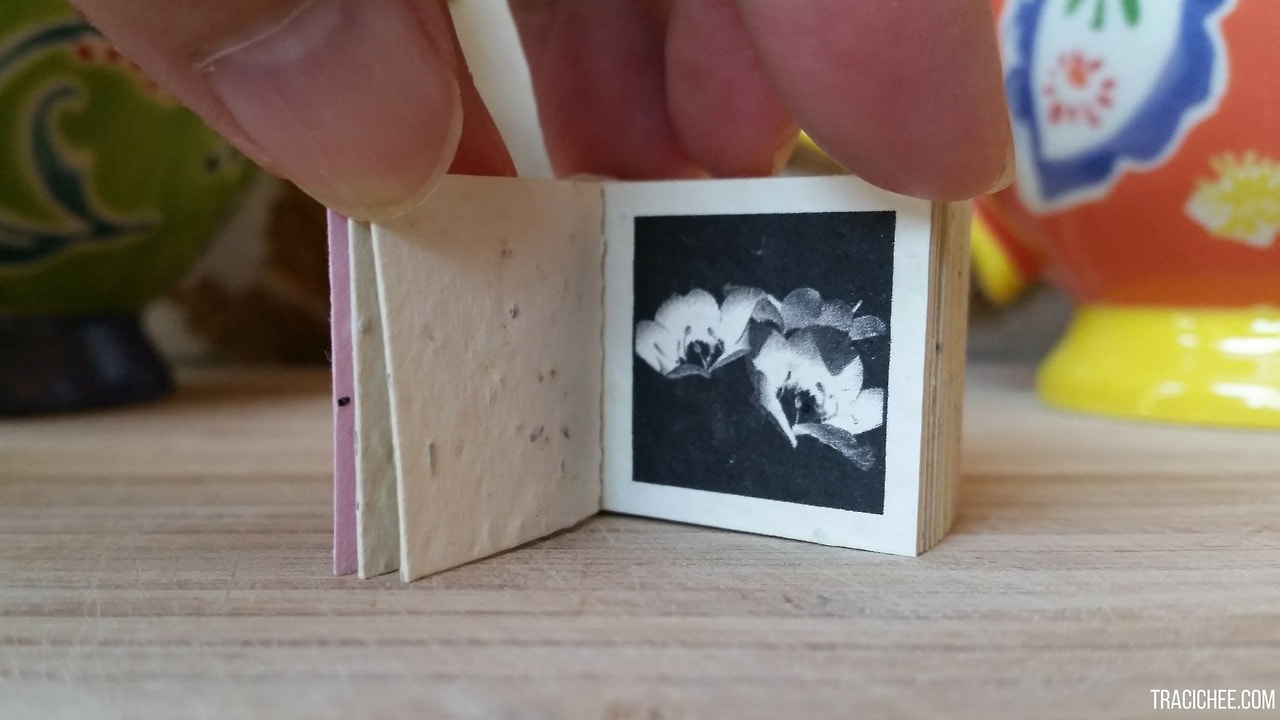 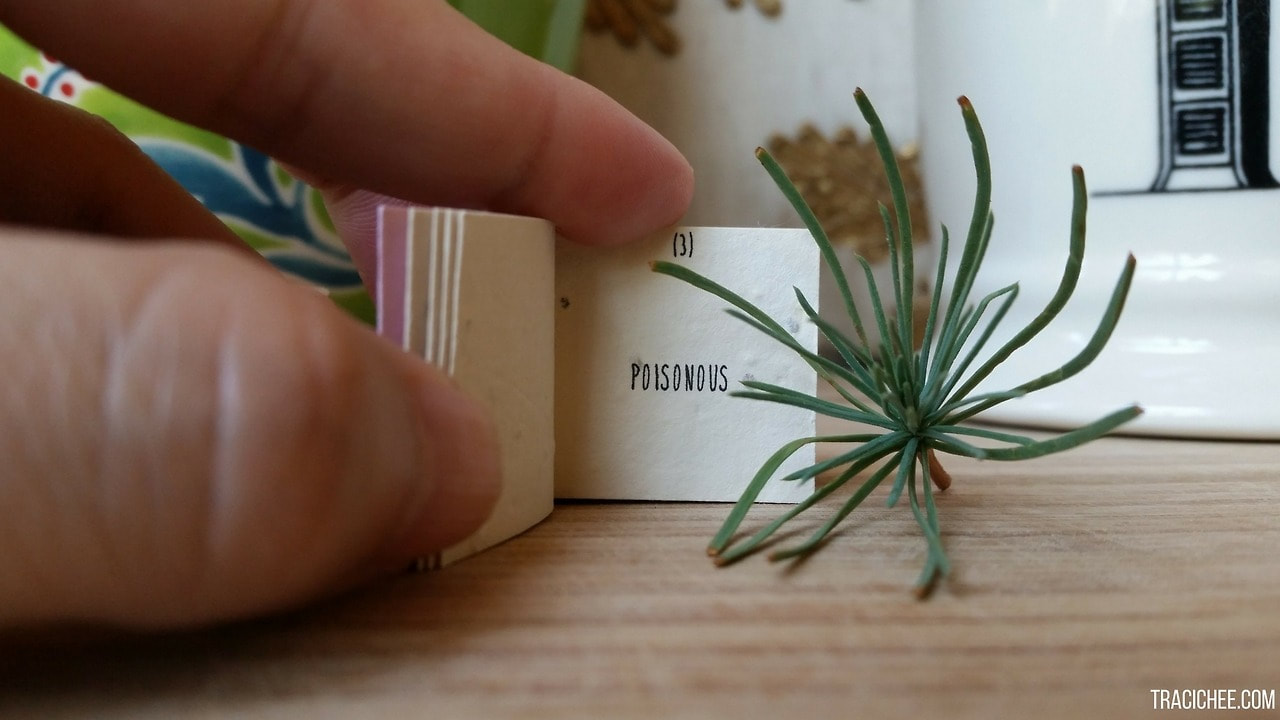 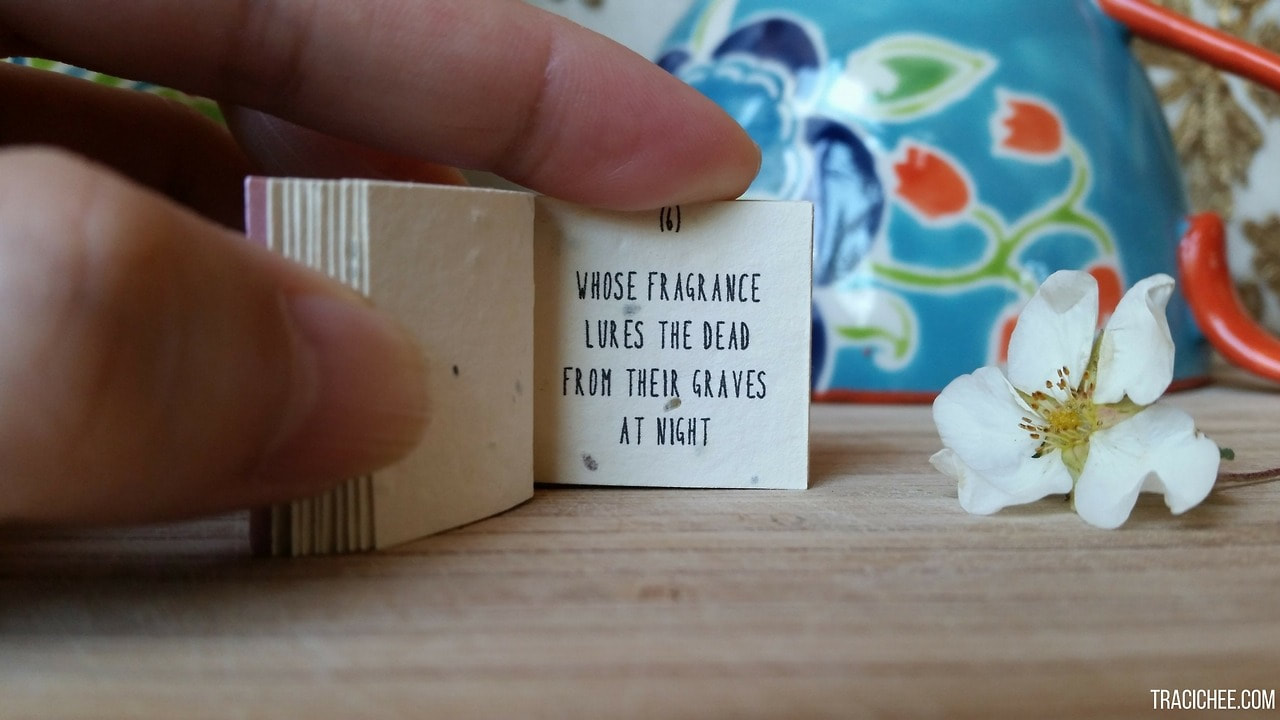 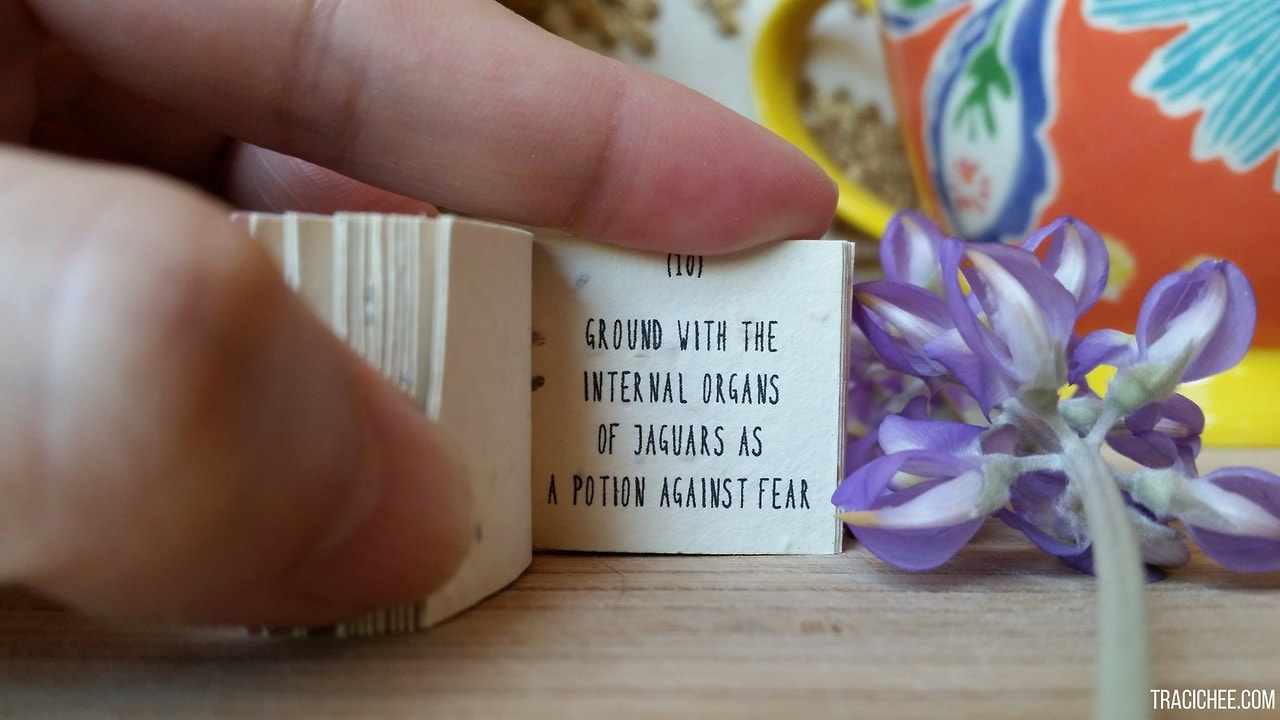 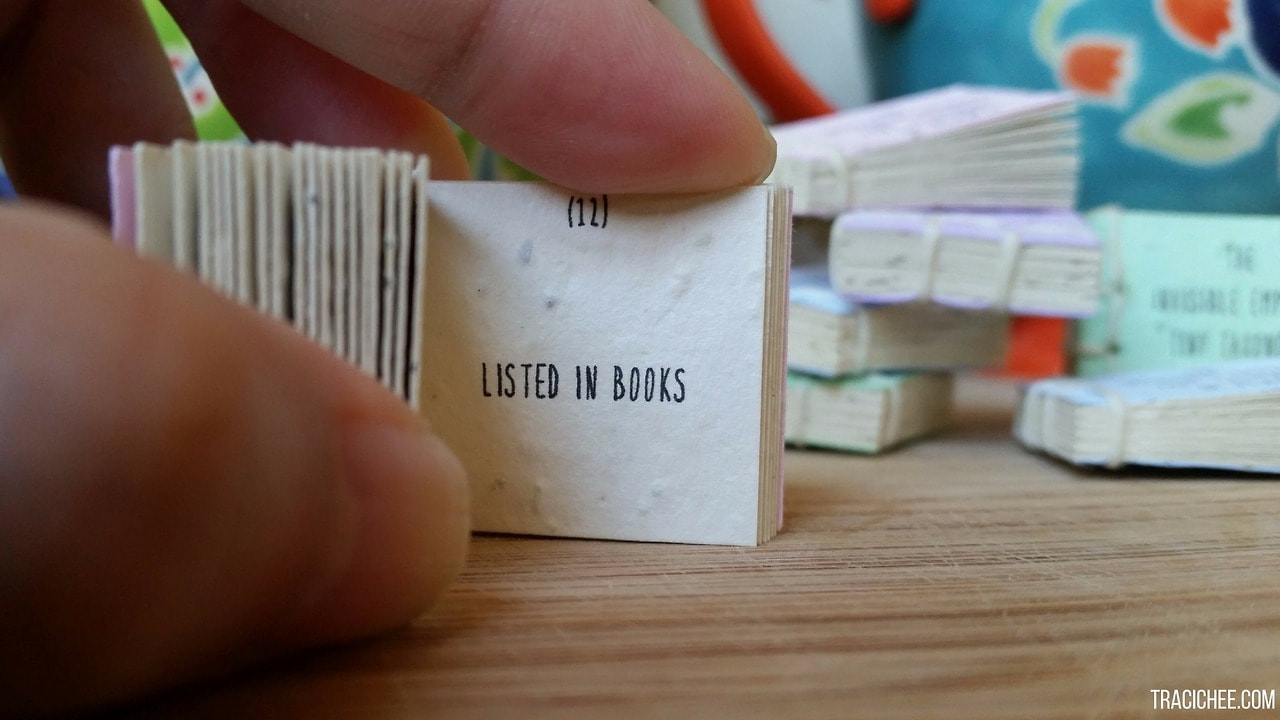 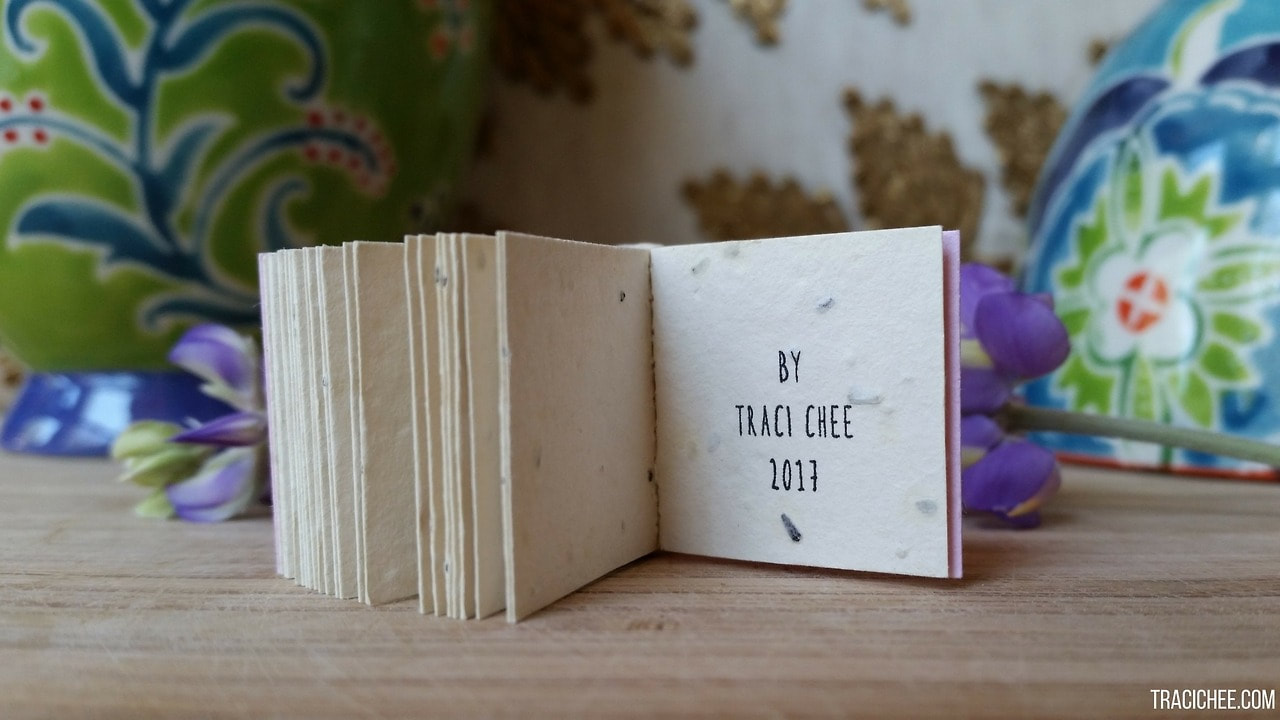 THE INVISIBLE EMPIRE’S TINY TAXONOMY OF PLANTS, VOLUME IV: FLOWERS
by Traci Chee
2017
seed paper, waxed linen thread
Among humans, it is not known when the enterprising citizens of the Invisible Empire began their work on the Tiny Taxonomy—indeed, its origins are disputed even among renowned historians of the Empire—but in the millennia since its first recorded appearance, the Invisible Empire’s Tiny Taxonomy has become an authoritative and invaluable resource on the categorization of the natural world. Encompassing over 102 volumes, the Taxonomy classifies the multitudinous plants, shells, egg-laying mammals, mushrooms that may be used to poison a man, moths, &c. in a system so simple and inspired that no one (human or invisible) has yet been able to match it in accuracy, comprehensiveness, or elegance.

The fourth volume of the Tiny Taxonomy of Plants, “Flowers,” stands only 1-inch high (an appropriately oversize volume for the average citizen of the Empire) with perforated paper pages embedded with seeds. When planted, each page sprouts into seven varieties of wildflower.

Copies of the Tiny Taxonomy are easily accessible through the Invisible Empire’s vast libraries, which are often nestled inside hollowed-out trees and the abandoned burrows of wild rabbits. Plant enthusiasts might spend hours poring over the Taxonomy’s tomes, curled up in reading galleries inside the trunks of towering redwoods or ancient gnarled oaks, while eager botany students might make miniature notes by the light of an obliging glow worm or bioluminescent fungi.

THE INVISIBLE EMPIRE’S TINY TAXONOMY OF PLANTS, VOLUME IV: FLOWERS is inspired both by the ancient and/or fictitious “Celestial Emporium of Benevolent Knowledge,” cited by Jorge Luis Borges in his essay, “The Analytical Language of John Wilkins,” and by the pin-sized books of Evan Lorenzen. 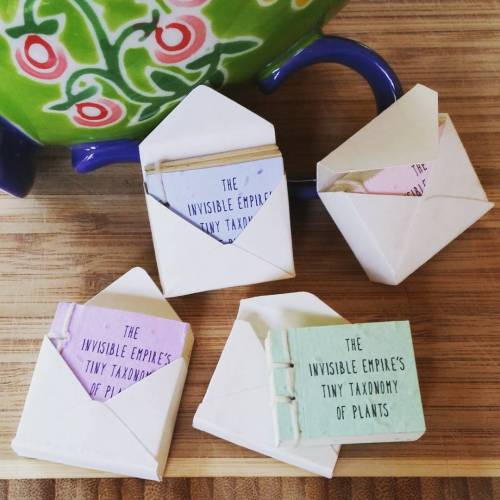