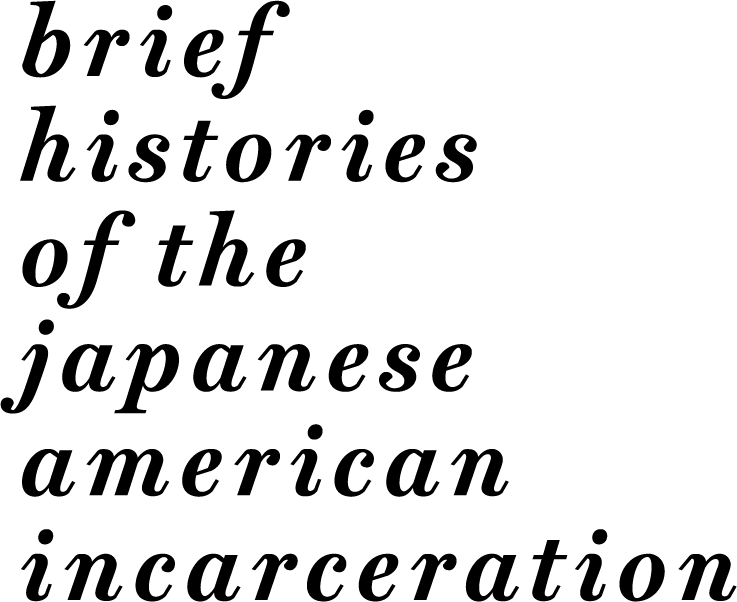 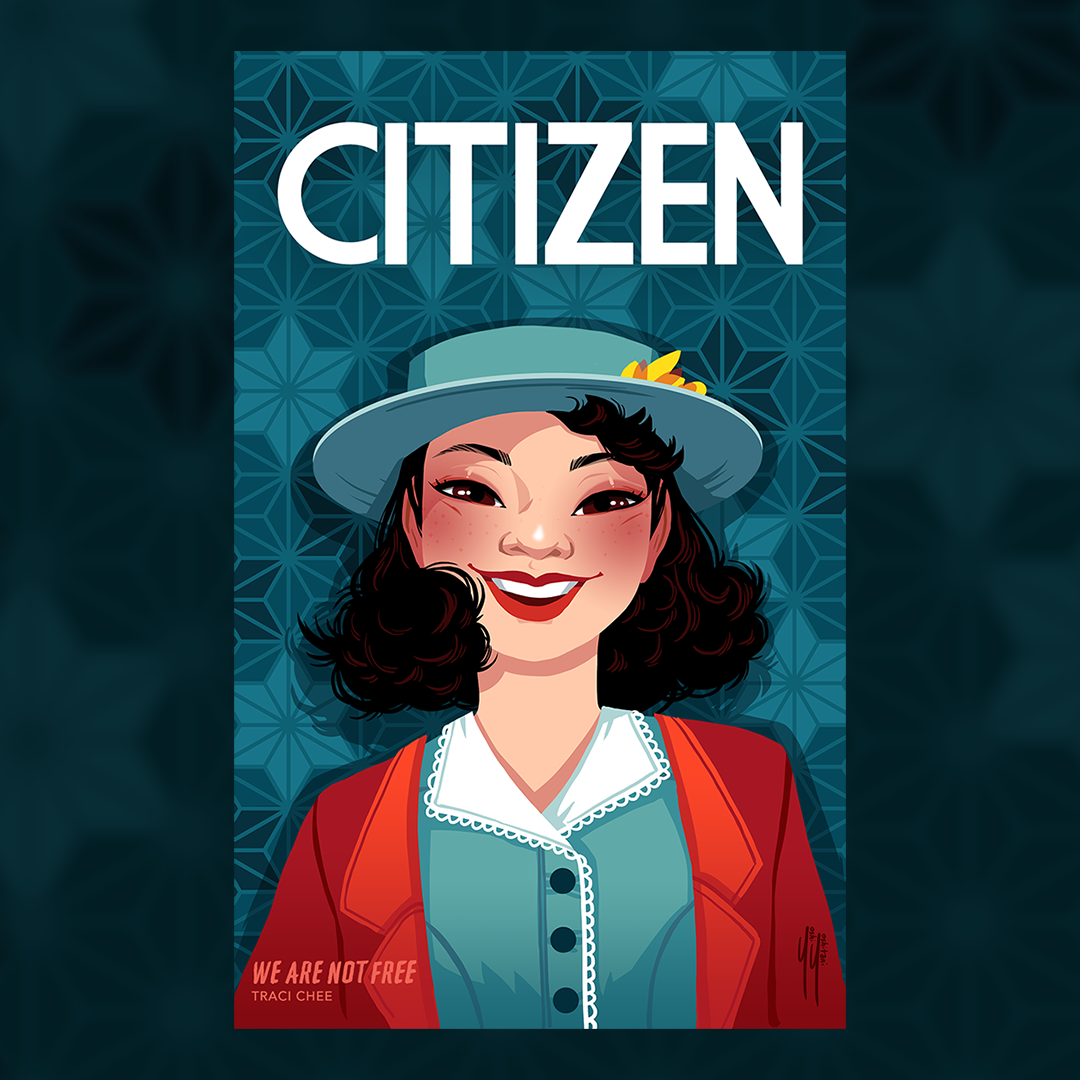 Anti-Japanese sentiment was thriving in the United States long before World War II. For years, the law had prevented Japanese immigrants from being full participants in their adopted country, including becoming naturalized citizens and owning property, and they and their American-born children had long been the subjects of prejudice, harassment, and violence.

After Japanese forces bombed Pearl Harbor on December 7, 1941, the discrimination only worsened. Newspapers and magazines were rife with racist propaganda. Farm organizations, which had felt threatened by Japanese successes in agriculture prior to the 1940s, lobbied politicians to pass legislation limiting the freedoms of Japanese Americans. Under the guise of national security, more and more restrictions were forced upon people of Japanese ancestry, including curfews, travel bans, and confiscations of property. Despite the fact that the Japanese American community had displayed no evidence of disloyalty to the US, they became almost universally suspected of espionage and sabotage against the country they called home.

Then, on February 19, 1942, President Franklin D. Roosevelt passed Executive Order 9066, which, citing military necessity, paved the way for the mass removal of people of Japanese descent from the west coast. In spring of that year, exclusion orders mandating the immediate eviction of Japanese Americans were posted in neighborhoods throughout California, and parts of Arizona, Oregon, and Washington. Some people were given less than a week to store, sell, or give away their belongings, from heirlooms to appliances to family pets. Allowed to bring only what they could carry, most people packed their lives into two suitcases before being shipped by bus and train to temporary detention centers, from which they would later be moved farther inland to more permanent incarceration camps in the American interior.

By May 1942, five months after Pearl Harbor, more than 100,000 people of Japanese ancestry, most of them American citizens by birth, had been forced to leave their homes, sent, without ever being charged of any crime, to lives behind armed guards and barbed wire. 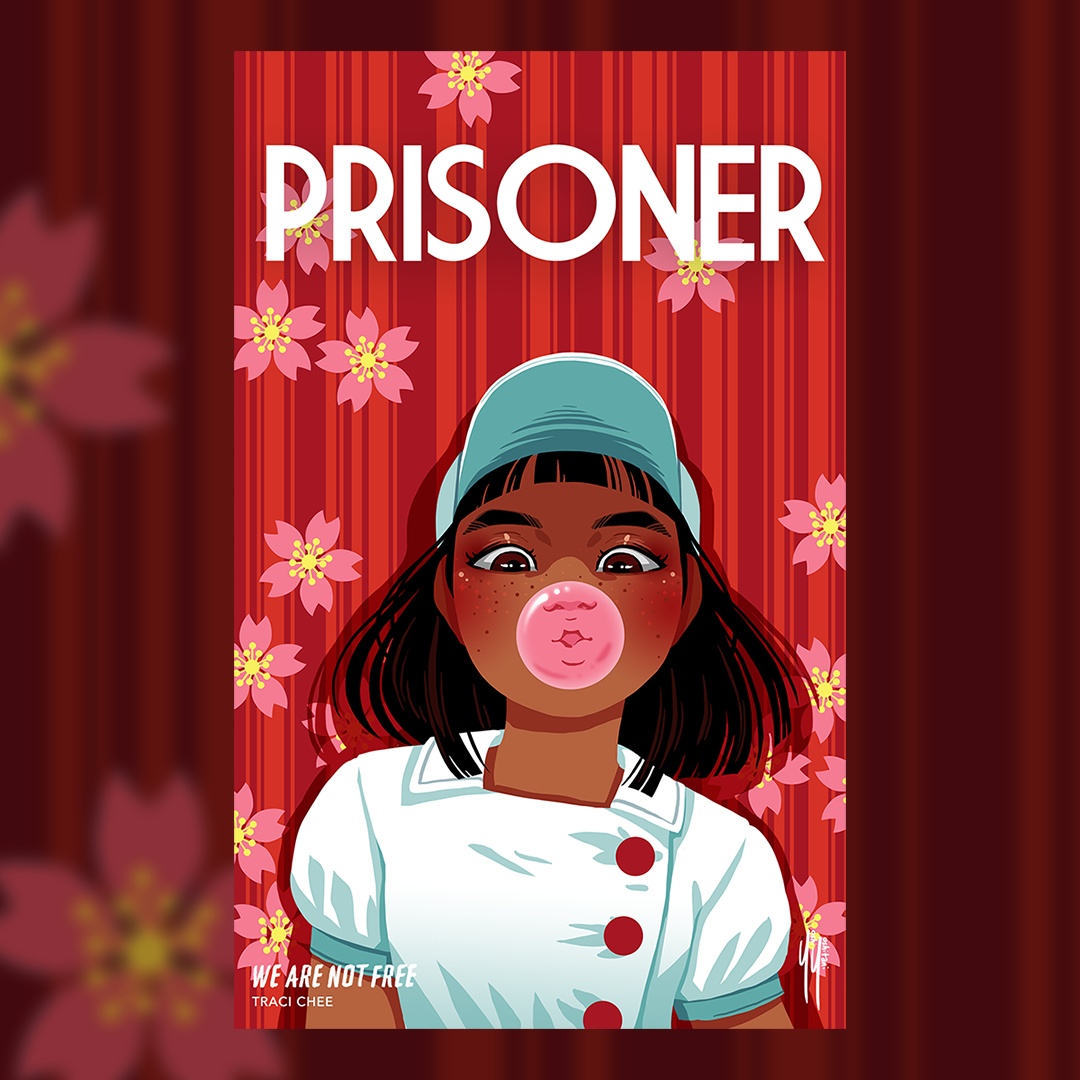 After being forced from their homes in the spring of 1942, more than 100,000 Japanese Americans were incarcerated in seventeen temporary detention centers throughout the western United States. Surrounded by barbed wire, watch towers, and armed soldiers, these American citizens and their immigrant parents were subjected to substandard living conditions on top of the stress and trauma of losing their homes. Many of the detention centers were former race tracks, where incarcerees were forced to live in horse stables, hastily white-washed and still stinking of manure--one family to a stall meant for a single animal. Suffering from both lack of privacy and of freedom, they ate in overcrowded mess halls, brushed their teeth in troughs, and used communal latrines and showers without partitions.
​
Despite appalling conditions, however, on the whole incarcerees did what they could to make life more bearable. They built furniture out of scrap lumber, established schools and libraries, formed representative organizations to oversee camp affairs, held dances and concerts, and showed films.

Later in 1942, incarcerees were shipped to more permanent camps farther inland. Located in desolate, isolated locations in eastern California, Arizona, Utah, Idaho, Wyoming, Colorado, and Arkansas, the camps were composed of “blocks” of tar-paper barracks, dirt roads, and communal mess, bathing, and laundry facilities--all encircled by barbed wire fences. While conditions in the incarceration camps were generally better than those in the temporary detention centers, many incarcerees disembarked from cramped, stuffy train cars to find that the camp facilities were still incomplete, and their barracks lacked insulation, proper ceilings, and coal stoves for heat, or that their barracks had not yet been constructed at all.

The Japanese Americans again attempted to make the best of their situation, planting gardens, forming cooperative stores, and finding other ways to occupy themselves with work and recreation. But the crowded confines, the knowledge that their civil rights had been violated, and the lack of assurances about their future in the United States caused unrest and conflict, both between incarcerees and with the white administrations overseeing the camps.

For three years, until the exclusion orders were lifted in 1945, incarcerees were prevented from returning to the west coast, which meant that many Japanese Americans were forced to live, die, graduate, give birth, bury their parents, get married, forgo college education, learn to drive, and celebrate and mourn thousands of other milestones while unjustly imprisoned. 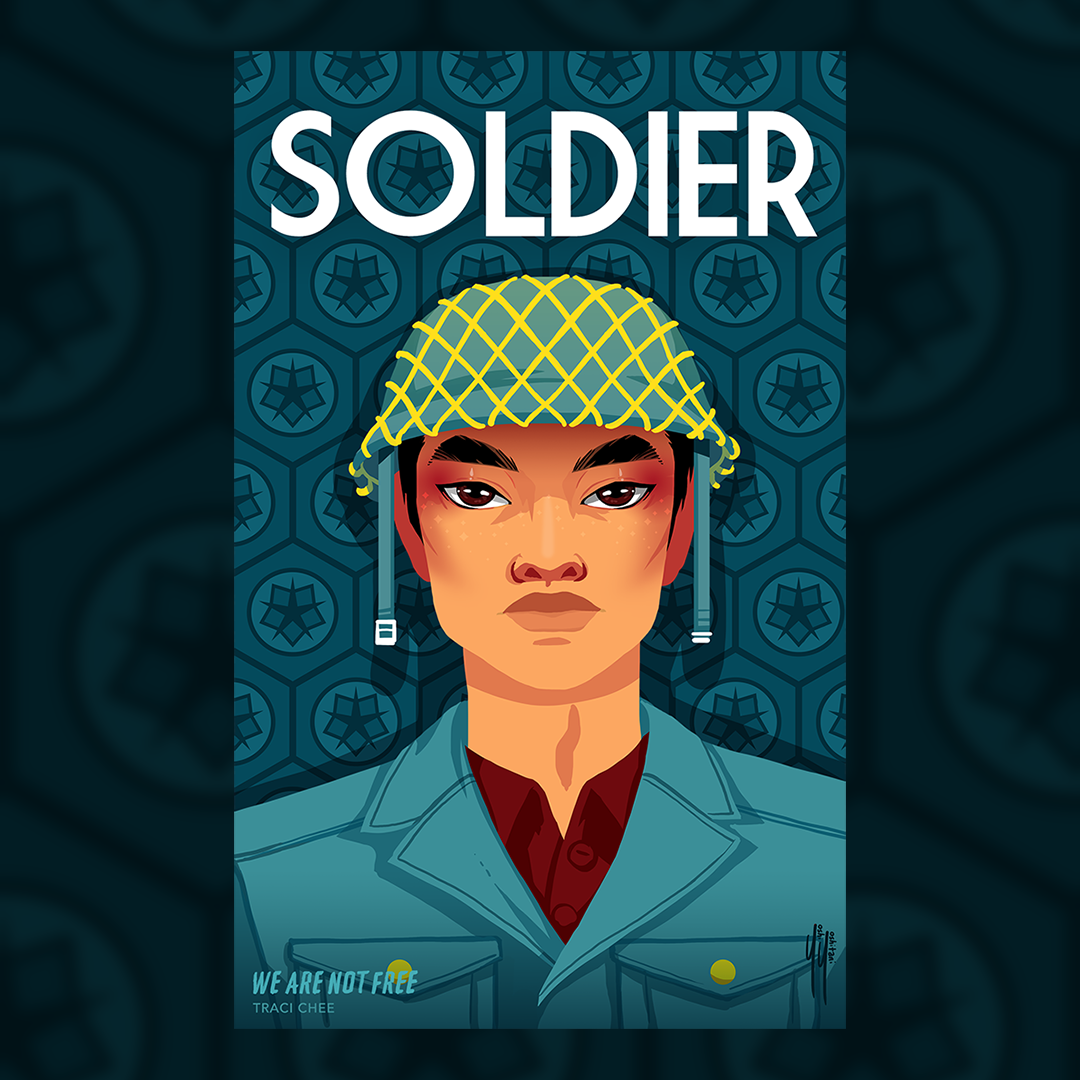 Following the attack on Pearl Harbor, the vast majority of Japanese Americans, including those who were US citizens, were classified as “enemy aliens,” a designation which denied them, among other things, the right to enlist in the armed services. The classification remained in place until early 1943, when the federal government declared it unlawful to deny any citizen the right to defend their country. This announcement coincided with a call for volunteers for an all-Japanese segregated fighting unit, which would, in theory, visibly and unequivocally demonstrate to the rest of the country the loyalty of the Japanese Americans they had incarcerated in camps.

Critics were skeptical. Many feared that a segregated unit would be treated as disposable, and they were quick to point out the hypocrisy of asking Japanese Americans to fight for a nation that had not only stripped them of their civil rights but also continued to hold their friends and families prisoner. Nonetheless, almost 3,000 volunteers from Hawaii and an additional 1,500 from the mainland chose to enlist.

The 442nd Regimental Combat Team was activated in February 1943 and trained at Camp Shelby, Mississippi. In May 1944, they were deployed to Europe, where they met up with the 100th Infantry Battalion, composed primarily of Japanese American servicemen from Hawaii. Over the course of the next year, the 442nd fought in major campaigns in both Italy and France, including the rescue of the “Lost Battalion,” when 275 soldiers of the 141st Regiment, 36th Division, were trapped behind enemy lines in the Vosges Mountains. During the rescue, the 442nd suffered an estimated 800 casualties, at times fighting with less than half their normal strength, but after five long days of battle, they succeeded in breaking through enemy lines to the beleaguered soldiers of the 141st.

The 442nd RCT later went on to become the most decorated unit of its size in American history. With an impressive 7 Distinguished Unit Citations, 21 Medals of Honor, more than 4,000 Purple Hearts, 29 Distinguished Service Crosses, 588 Silver Stars, and more than 4,000 Bronze Stars, it has become indisputable proof of not only the loyalty but also the skill and bravery of the Japanese American volunteers. As President Harry Truman said during a review of the 442nd in July 1946, almost a year after the end of World War II, “You fought the enemy abroad and prejudice at home and you won.” 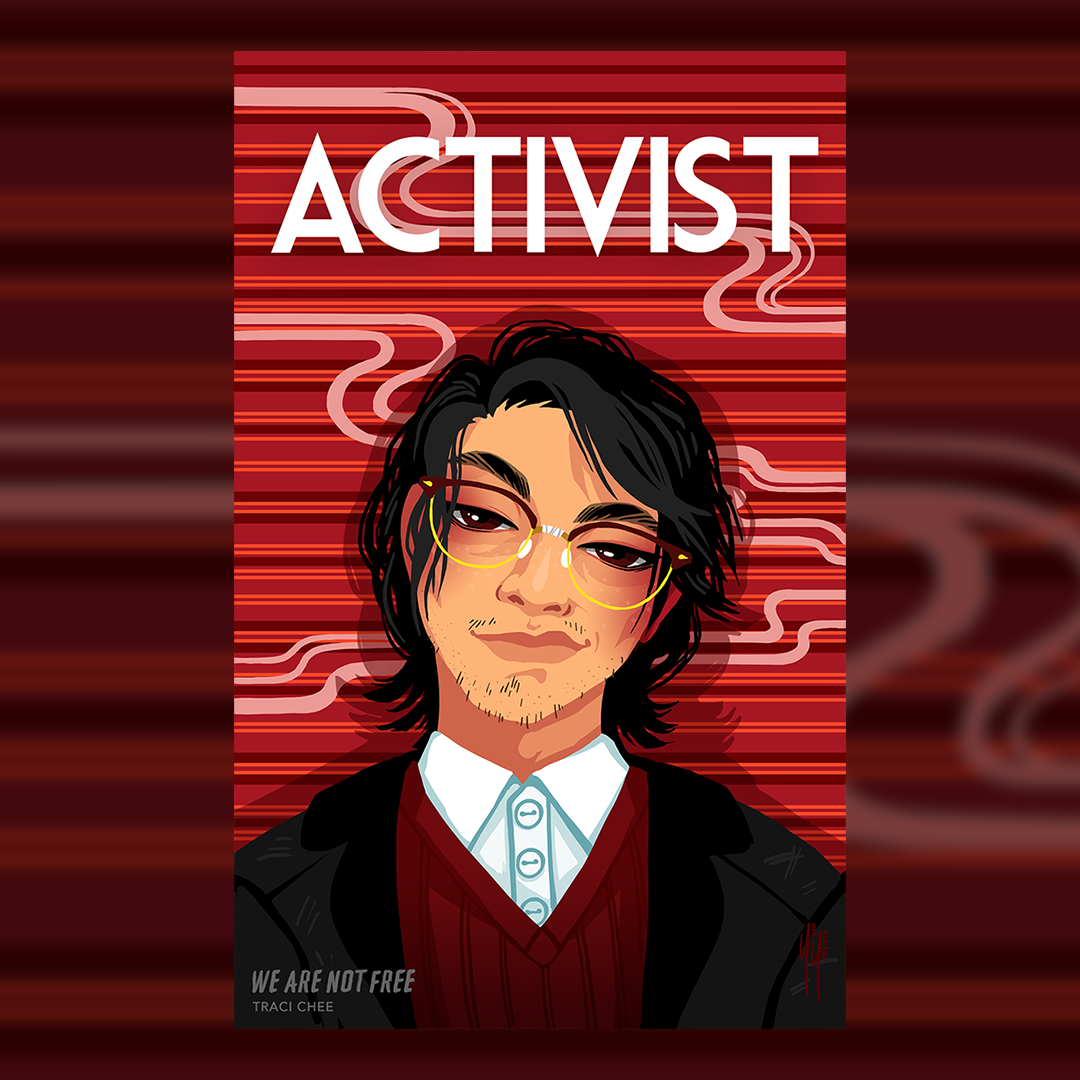 In 1943, nearly a year after the mass eviction that forced more than 100,000 Japanese Americans from their homes on the west coast, the US government announced that all incarcerees age 17+ would be required to register their names, backgrounds, and allegiances. This registration, which eventually came to be known as the “loyalty questionnaire,” soon became a source of great conflict among the incarcerees due to two questions: Question #27 asked incarcerees if they would serve in the US military, wherever ordered; #28 required them to “forswear any form of allegiance or obedience to the Japanese emperor.”
​
The wording of these questions led to weeks of confusion and controversy. Some feared feared a “yes” to #27 would enlist them in the military. Others criticized the registration as being “too little, too late.” Many first-generation immigrants were concerned that if they answered “yes” to #28, they would be stripped of their Japanese citizenship--the only citizenship they had--and thus become stateless persons. Some of their American-born children were affronted by the assumption that they’d ever been loyal to Japan in the first place.

Despite all of these nuances, however, in the end the federal government accepted only two responses: Incarcerees either replied with an unqualified “yes” to both questions, or their answers were recorded as “no” and “no.”

Throughout the late spring and summer of 1943, the divide between those who had answered “yes” and those who were branded “No-Nos” caused extreme tensions between Japanese Americans and with camp administrators. After several violent confrontations, some of which involved the deaths of incarcerees, the Japanese Americans were subjected to another forced relocation, as the “No-Nos” were shipped off to the Tule Lake Segregation Center, a camp with higher fences, more soldiers, and heavier artillery to guard the so-called “disloyals” and “troublemakers.”

Tule Lake soon became the largest Japanese American incarceration camp of World War II, with more than 18,000 incarcerees crammed into less than 1.75 square miles. Under conditions of overcrowding, inadequate facilities and food supplies, unsafe work environments, and the inevitable differences arising out of so large and diverse a population, Tule Lake became the site of strikes, unlawful detentions, fights, renunciations of American citizenship, and the rule of martial law.

This history remains controversial and at times contradictory, but it’s clear that the Japanese American incarcerees were far from a homogenous group of quietly suffering victims. Some resisted their treatment through the due process of the law. Some organized community protests. Some refused to answer the loyalty questionnaire. Some were violent. Some burned their draft cards. Decades later, many of these stories are still emerging, and they continue to demonstrate that resistance is woven into the very fabric of the incarceration.
Illustrations by Yoshi Yoshitani
SUBSCRIBE TO MY NEWSLETTER